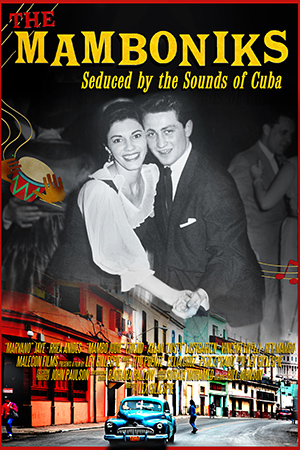 In the 1930s and '40s, Americans traveling to Cuba became intoxicated with a steamy new dance step that they brought back to the dance floors of New York City where it became a sensation. At the Palladium Ballroom, “Home of the Mambo!” dancers were dazzled by the Latin big bands of Tito Puente, Machito and Tito Rodriguez. The hot-blooded music swept the nation, and mambo dancing became a pervasive aspect of post-World War II social life. Surprisingly, many of its biggest fanatics were Jewish, a diverse, offbeat group of devotees whose zeal for mambo dancing earned them the hipster nickname: “Mambonik.”